The Ayahuasca Diaries – An Unexpected Return 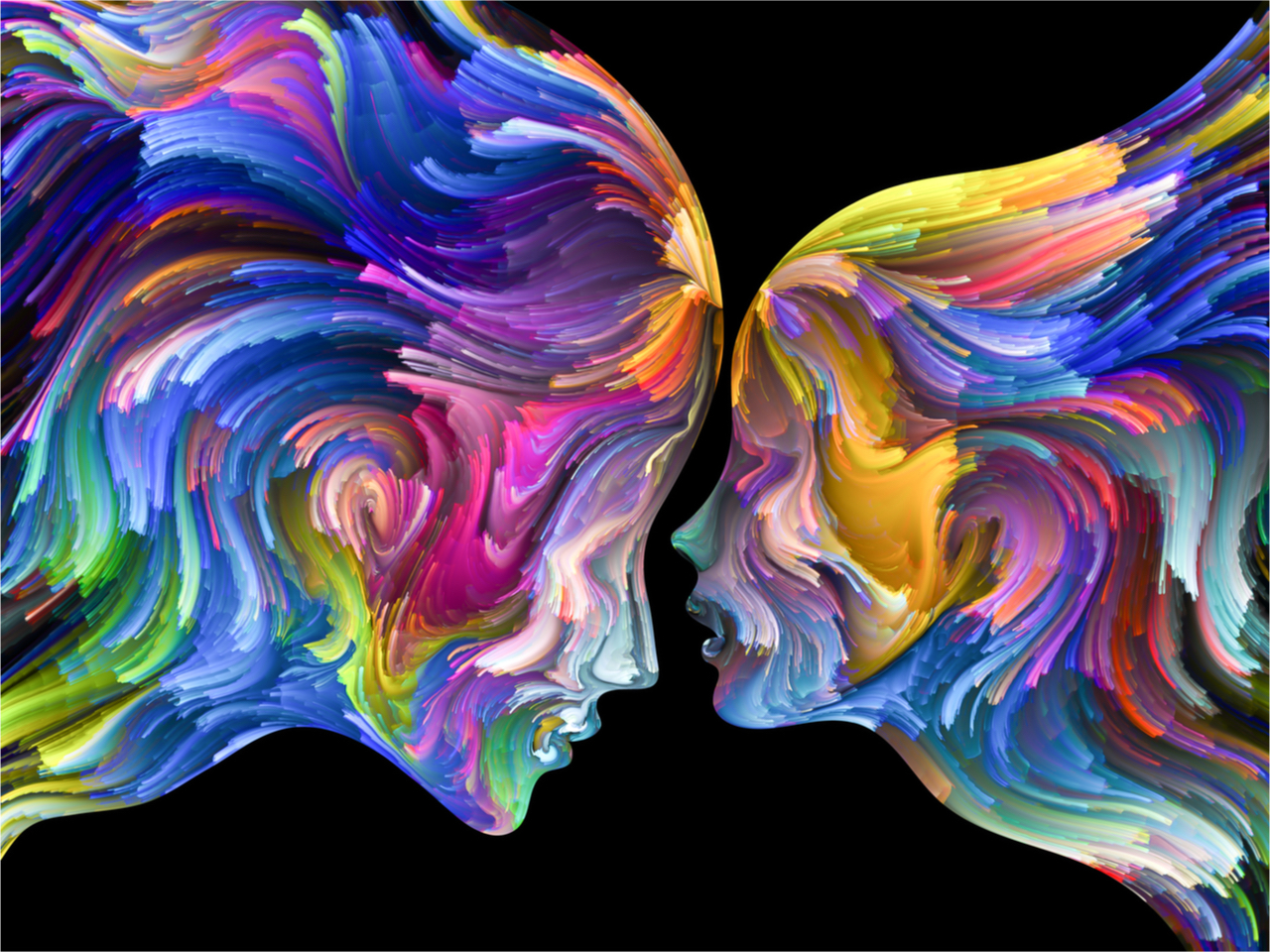 ‘Tambo 15 is at the top of a path that curls around the edge of a pond that has growing in it’s middle, almost miraculously, twin palms; thick trunked and tall.’

I have walked along the path that leads from the river to the Temple before. That time it was sure and firm and baked hard like freshly fired clay. Now, with the season, it is in parts so slick and greasy that it is nothing at all to submerge a foot and have it’s contents spill into one’s shoe, filling it’s aperture the way sand does a jar already tenanted by rocks.

The wet season has not yet fully arrived. When it does this path will flood; flood so thoroughly that all signs of it will disappear save for a vague partitioning of the trees that is discernible only to those who live here and those for whom ferrying groups like the one to which I belong is their livelihood.

We are twenty-three in number, though I have only counted since we’ve arrived; an odds and ends miscellany of psychotics, neurotics, depressives, and enquirers – which is to say, at least in light of from where we all derive, about as average a bunch of people as one is likely to find.

I look for reminders of my having walked this path before; a charismatic tree, etchings on a trunk, a familiar rise that precipitates a remembered descent. Everything seems as new as it did before. It’s the jungle after all, dense and wet; grown in all manner and fashion in the year that has passed.

After a time the path narrows to a thin trail of fine white mica that seems kept and cared about and is bordered by all variety of flowering plant, ending at a footbridge that once crossed, deposits our group in the Temple’s forecourt. This part of the walk I remember.

Though I have seen her in the lobby of the El Dorado Isabel this morning and already shared an embrace, Debbie, or Debs as she prefers, is best encountered here, in what she might herself describe as her natural environment. It is the place where she shines brightest; where she does her best work. Six years as the Temple’s ‘Gerente general’ and ‘facilitador principal’ attests to this. She is, in part, why I have returned.

‘Welcome to the Temple’ she declares from amidst our group. In long orange socks pulled high so they clear the edges of her rubber boots, short jeans that I imagine were once long, and a green sleeveless vest, with – by her side – Hosho, a stray dog that she at first saved, then raised, and who has since become her companion, she has lead us from hotel to Temple and stands here among us now, as mud spattered and sudorific as the rest.

‘You have just passed through what we like to call ‘the birthing canal’ she says smiling, pointing to the footbridge, the trope as appealing to me now as it was before. She adds herself to the end of a small retinue of temple staff that have lined up to greet us. At it’s head is Adarsh, who with his Israeli and Mexican lineage, is as exotic as his profession. He is an ethnobotanist whose left ear appears to have been skewered (I assume on purpose) with what looks like a thick shard of polished timber, black in colour, one end more pointed than the other.

He, along with Samantha – a sociologist from Rochester New York who once trained on the US Olympic Luge team – is here to continue his research into Ayahuasca. Both are convinced of it’s efficacy in treating anxiety and clinical depression and hope that their research will lead to the commissioning of clinical trials in 2018. Both have drunk many times before and will assist in the facilitation of the ceremonies.

Also in line is Bona, a diminutive South Korean who at dinner that night tells me that this is her 5th time at the Temple, that she has drunk the medicine (rarely does one hear it referred to as Ayahuasca in the jungle but rather as ‘the medicine’ or ‘la medicina’) a total of 44 times, that her return to Seoul at Christmas will mark the end of a 3 month stay, and perhaps most interesting of all, she is married. If there is a South Korean, man or woman, whose lifestyle runs counter more flagrantly to what I know of their culture, then I have not met them.

Tambo 15 is at the top of a path that curls around the edge of a pond that has growing in it’s middle, almost miraculously, twin palms; thick trunked and tall. It is, broadly speaking, as I remember it, albeit it infused this time with a more voluminous collection of insectopia when I enter. Dropping my bag, the floor moves as one, and I wonder for a moment if I have not already drunk.

Chief among the delegation are spiders and millipedes who in number rank only 2nd and 3rd to a great hell-diving squadron of mosquitos so large that up close to one, a circumstance of which there is not shortage, it is possible to perceive the purring iridescence of their blue wings.

No sill or edge is unoccupied; no crevice not a home. Tambo 15 is a great bustling insect multiplex that requires no bond or lease or vacancy. For a time I regret choosing it; regret pulling Debs aside and asking for it as we milled in the forecourt. But I have though, dissolved into my mix, both a fondness for the familiar and a proclivity for the masochistic, and knowing this, I was as bound to this shack as I was the medicine upon making the decision to return.

Like all the structures within the Temple’s grounds (for I can not call them buildings), my shack, or the material that makes it such, is drawn from the jungle; timbers whose fibres are repulsive to termites; palm fronds assembled like soldiers in rank to keep the rain out; boughs hacked from the trunks of young trees for the frame.

All around the walls are wood slats to the waste, green-tinged mosquito netting to the roof. In places the netting is in disrepair and thorough-fairs, not large but big enough to take the skulduggery out of burglary, appear. They remind me of the shark nets at Bondi.

The bed is made of a thin mattress set in a wooden frame above which hangs what I know from previous experience to be the most important item in the room – a drop-down mosquito net, intact and un-compromised.

There again is the roughly-fashioned writing desk, it’s legs as uneven as last time. I tear out and fold a piece of paper from my diary, stuffing the layers under the shortest leg until the thing is stable. The green plastic garden chair remains, as do the items on the desk; a red oil lamp, greasy to the touch, matches that declare themselves to be ‘Resistente a la Humedad’ on the box, but are impossible to light, and an ashtray, conspicuous in it’s fullness.

Slung across the room is a hammock that I do not trust, it’s furthest end attached to the frame of a narrow enclosure that serves as a sort of bathroom. In it is a porcelain hand basin whose pipe hangs low like the string of a fob watch and empties out onto the floor of the jungle via a hole in the wall, above which, rigged on a wooden platform, sits the first of three large buckets, this one filled with water.

The second, empty now but soon to be filled, is inserted into a wooden box rimmed with a plastic blue toilet seat (I call this my ‘thunder box’), while the third is filled with moistened wood shavings designed to be heaped on whatever is left in the second. The whole apparatus has the feel of a high school science experiment, and for the first day or two, whenever I am called to the box, I am like a boy with a gauze mat and Bunsen burner.

At dinner the group is full of excitement, though the divide between excitation and disquietude can at times, particularly in circumstances such as these, be as thin as the membrane that separates brain from skull bone. We are drawn from all parts of the globe; a united nations of enquiries whose reasons for being here are as different yet as similar as a genus of birds separated by the length of their beak or the colour in their feather, yet fly and eat and nest.

We are made up of a Pole, a German, two Tunisians (whom I find enchanting on account of their speaking French and Arabic and English), a Canadian, four Australians (we are a wayfaring bunch), three Englishman, an Egyptian who is married to an Indian, four Americans, an Argentinian (whom I have already come to like on the basis that his every word is drawn from a well of passion), a Latvian, and an Irishman.

After the meal we each unwrap our stories; not wholly but in part, giving clues on how we came to be here. In there telling I can see already the oxidised deposits of life – the pretence, the sham; the cloak, the veil – falling away. Though strangers, we recognise in each other an aspect of ourselves, and seeing this, infuse our tales with truths that we might otherwise have held back.

For each of us has a sense of the storm that’s coming. A storm that unlocks all truths. Better now to get into the way of things than not, for there is no defending against it; no trimming of main sails or battoning down of hatches. Already I feel it’s first winds upon me; feel the swell rise and slap against the shallow of my bow. Soon the waves will come; great churning walls of water that will clear the decks of anything that’s on it. Tempting though it is with the waves bearing down to rope oneself to the mast, far better, I have learnt, to let yourself be washed overboard and take your chances in the sea. For to be attached to the boat when the storm is at it’s utmost is to pledge oneself with certitude to the deep.