The War on Drugs Has Been Lost | Luke Francis
331
single,single-post,postid-331,single-format-standard,ajax_fade,page_not_loaded,,qode-title-hidden,qode_grid_1300,hide_top_bar_on_mobile_header,qode-content-sidebar-responsive,qode-theme-ver-9.5,wpb-js-composer js-comp-ver-4.12,vc_responsive

The War on Drugs Has Been Lost 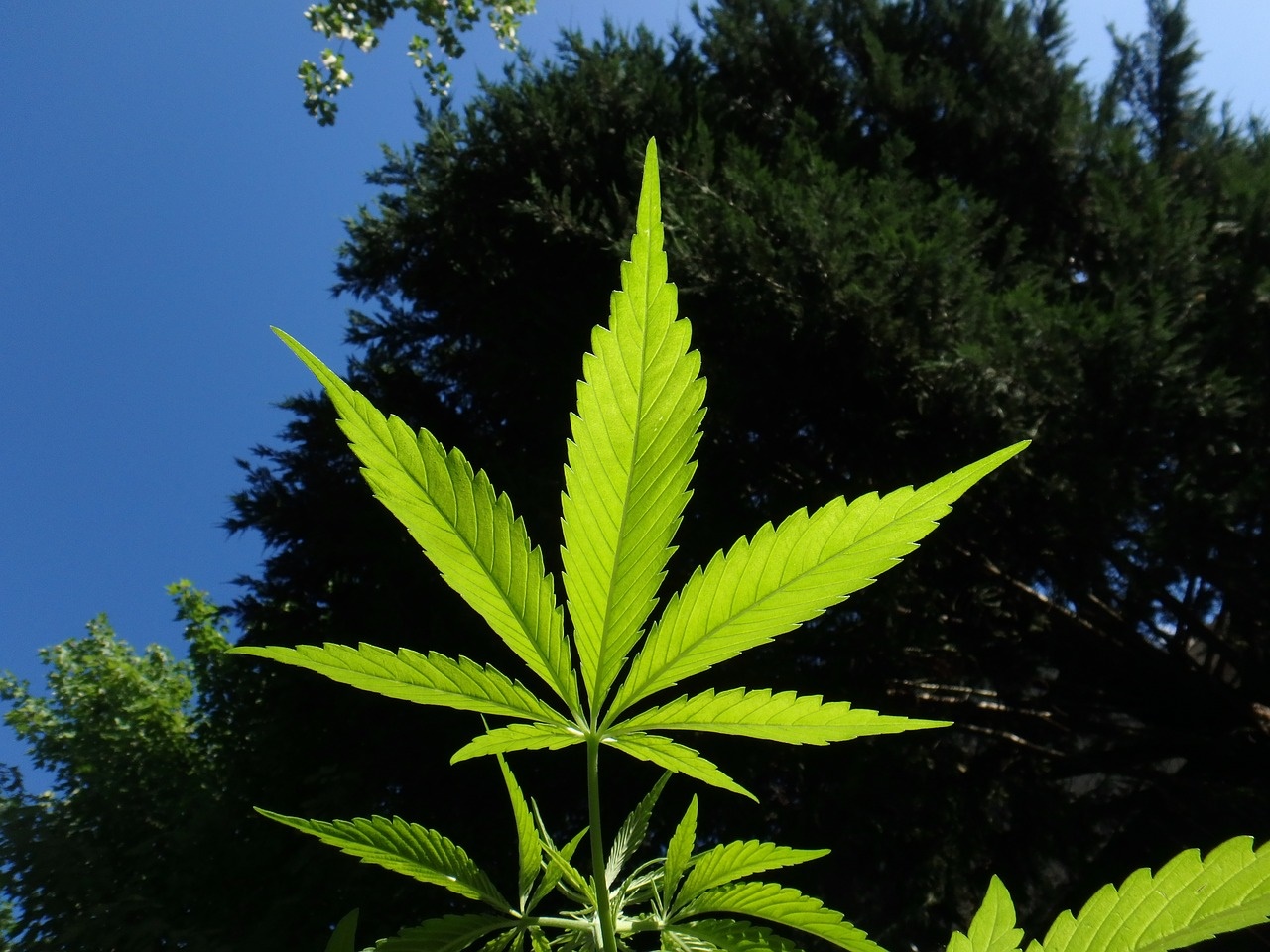 In June 1971, Richard Nixon announced a war on drugs in the United States. After a special sitting in congress he famously declared drug use to be ‘public enemy number one’, an ironic proclamation given the last holder of this title was Al Capone, a bootlegger who smuggled alcohol during prohibition. With the echo of the last rounds fired in the Vietnam conflict still fresh in the public’s ears, the concept of a war on something that appeared win-able, irrespective of how real the threat, appeared to find a place in the hearts of middle America.

For the next 40 years a game of political brinkmanship took place in which potential presidents looked to garner support for their candidacy by campaigning for harsher and harsher sentencing laws for drug crimes. Drug policy became the measure by which a presidential candidate’s steel could be gauged. The unfortunate corollary to this is that the United States is now unsurpassed in it’s willingness and capacity to lock people up. Despite a decrease in crime since 2010, more people in America are going to gaol than ever before, and for longer. It’s time to acknowledge that the war on drugs has been lost and re-evaluate drug policy.

In 1829 Robert Peel established the first professional police force in the world; the Metropolitan Police Force, in London. In bringing this force together, Peel set out to build a strong, centralised, and politically neutral police force to maintain social order, protect the people from crime, and maintain a visible deterrent. Due to public fears about the deployment of a military force during times of social disturbance, Peel organised the police force along civilian lines and made it accountable to the people. Given the evolution of modern day policing, Peel’s concerns about potential militarism in policing were justified.

As Peel’s police force strolled the streets of industrial London, what they weren’t looking out for was alcohol or opium. Unless a criminal act ensued as a result of consumption, the police force was not interested in arresting people for getting drunk or stoned. These were not considered crimes. These were morality issues and nothing else, and the handful of people who wanted to ban their use were the self-appointed moral patriarchs and matriarchs of London. Christian’s mostly; white and wealthy.

Over the next hundred years or so, industrial Europe happily consumed every variety of illicit drug under the sun without the slightest threat of social or legal reprisal. Opium derivatives like Laudanum, morphine and heroin were used by every class of people across every layer of social strata. Cocaine was used to treat anxiety, depression and addiction to morphine (oh, the irony!). It was the original pick-me-up. You had it in your mouth when you brushed your teeth and drank Coca-Cola.

In the late 19th century something changed in the way drug use was perceived. This change had a profound effect on not just the drug culture of the 20th century, but the criminal-justice system of the same period. Drug use went from being looked on as something that was harmless to society, to being a crime that in some cases carried the same gaol term as murder, rape or child molestation.Why the extreme volte-face? How did recreational drug use become so demonised in such a short space of time?

The rapid prohibition of recreational drugs occurred, not as a result of scientific research into their risks and rewards, but as a response to racial fears against the minority populations with whom they were associated. The first anti-opium laws in the 1870’s were directed at Chinese immigrants, whose work-ethic and industriousness made them a threat to the prevailing white ruling classes in Europe and America . The first anti-cocaine laws were passed in the early 1900’s in southern states in America and were directed at black men. With the end of slavery having only occurred 35 years prior, these new laws were the first shots fired in a near 100 year campaign to continue to subjugate and suppress the black population. Similarly, the first anti-Marijuana laws, passed in the mid-west and south-west in the 1910’s and 1920’s, were directed at Mexican migrants. Whether we are aware of it or not, modern day drug legislation; the laws that we live and work under today, are simply a reflection of one man’s continued efforts to oppress another.

Today in America, Latino and black communities are still subject to wildly disproportionate drug enforcement and sentencing practises. At the risk of being overly dramatic, the whip and the chain have been replaced by razor wire and concrete. Crack cocaine first appeared on American streets in the 1980’s and it’s arrival marked the beginning of a series of presidential campaigns in which crime, particularly drug crime, became a central issue. The Reagan administration marked the start of a period of sky-rocketing rates of incarceration; rates that continue to remain extraordinarily high relative to rates in other parts of the world.  Between 1970 and 2005 the US prison population grew by 700%. Whilst 5% of the world’s population live in the United States, 25% of the world’s prison population resides in American prison facilities. Why? Because being tough on crime delivers power.

The unfortunate fact of the matter is that 40 years of excessive drug legislation has created an entire industry dedicated to the incarceration of young black and hispanic men. While people of colour account for 30% of the population of the United States, they make up 60% of the prison population. 1 in every 15 African American men and 1in every 36 Hispanic men are in gaol, compared to 1 in every 106 white men. In a study by the US Bureau of Statistics researchers found that 1 in every 3 black men can expect to go to prison at some point in their lives. The same study found that in the Federal justice system, black offenders receive sentences that are 10% longer than white offenders for the same crimes. Be under no illusion; the war on drugs is really a war on race.

This war on drugs and the subsequent mass incarceration has broken families, destroyed entire communities and increased the chances of further incarceration. The records that accompany these men and women as they walk out of prison (the vast majority of which are non-violent offenders), mean that on top of being generally unskilled and uneducated, their status as an ex-convict means that they will in all likelihood struggle to find any form of long term employment. That’s a life-time of poverty; a sentence in itself. This is slavery by any other name.

In inner cities where crime is the most rampant and police are needed the most, they are seen as occupying forces rather than keepers of the peace. In fact incarceration has become big business in the United States. Corporations have recognised that there is money to be made in locking up poor people, and the private prison industry, like a mole on the end of a hags nose, has grown out of governments desire to have the burden of feeding and housing them removed. These private companies, with a responsibility to shareholders, need to keep their prisons as close to capacity as possible. Fortunately for them the state and federal governments are nothing if not good business partners, willing to play their part.

Along the way police and prison guard unions have become two of the strongest, most militant unions in the United States. Their ability to influence at the highest levels of power is not insignificant. In fact the police union, the prison guard union, and representatives from the companies that own the private prisons have come together to form the unholiest of coalitions in order to sustain and grow their respective interests. Lobbyists from one or all of these groups campaign against law reform and the decriminalisation of certain drugs, Marijuana being at the forefront of this effort, so as to ensure that their industry and livelihoods are not impacted by the more liberal considerations being given to these topics in recent times. The prison system in the United States is fed on a diet of young men; black and brown, fuelled by the greed of self-interest, and is sustained by a war weary campaign slogan that has started to lose it’s chutzpah.

Prohibition does not work, just ask J Edgar Hoover. We are always going to find a way to get our hands on the good stuff, irrespective the threat. Alcohol or Marijuana, legal or illegal; us humans love to be in an altered state. The problem is we have fallen into the trap of preferring one at the expense of the other rather than one over the other. Drugs were made illegal, not to protect, but to maintain the status quo. The introduction of drug legislation in America was nothing but an attempt to maintain a grip on power. It was the ultimate Machiavellian response to the end of slavery.

In the annals of human failure, the war on drugs stands high atop the heap. It is a celebration of our ineffectiveness as a species. Of our cruelty to one another and the deep ocean depths of our self-centredness. It is a statue, thick with the grime of a cities falseness, that celebrates our basest instincts. It is time to acknowledge that the war on drugs has been lost. It’s time to right-off the $1 Trillion that has been spent on it over the last 40 years. It is time to stop arresting people for minor drug crimes. Morality crimes. Crimes that have no victims. It is time to stop building prisons and destroying communities. It is time to de-militarise police forces and take the industry out of incarceration. Most of all it is time to repeal drug laws and find another war to fight, because this one was lost long ago.