Why All the Tears? | Luke Francis
494
single,single-post,postid-494,single-format-standard,ajax_fade,page_not_loaded,,qode-title-hidden,qode_grid_1300,hide_top_bar_on_mobile_header,qode-content-sidebar-responsive,qode-theme-ver-9.5,wpb-js-composer js-comp-ver-4.12,vc_responsive

Why All the Tears? 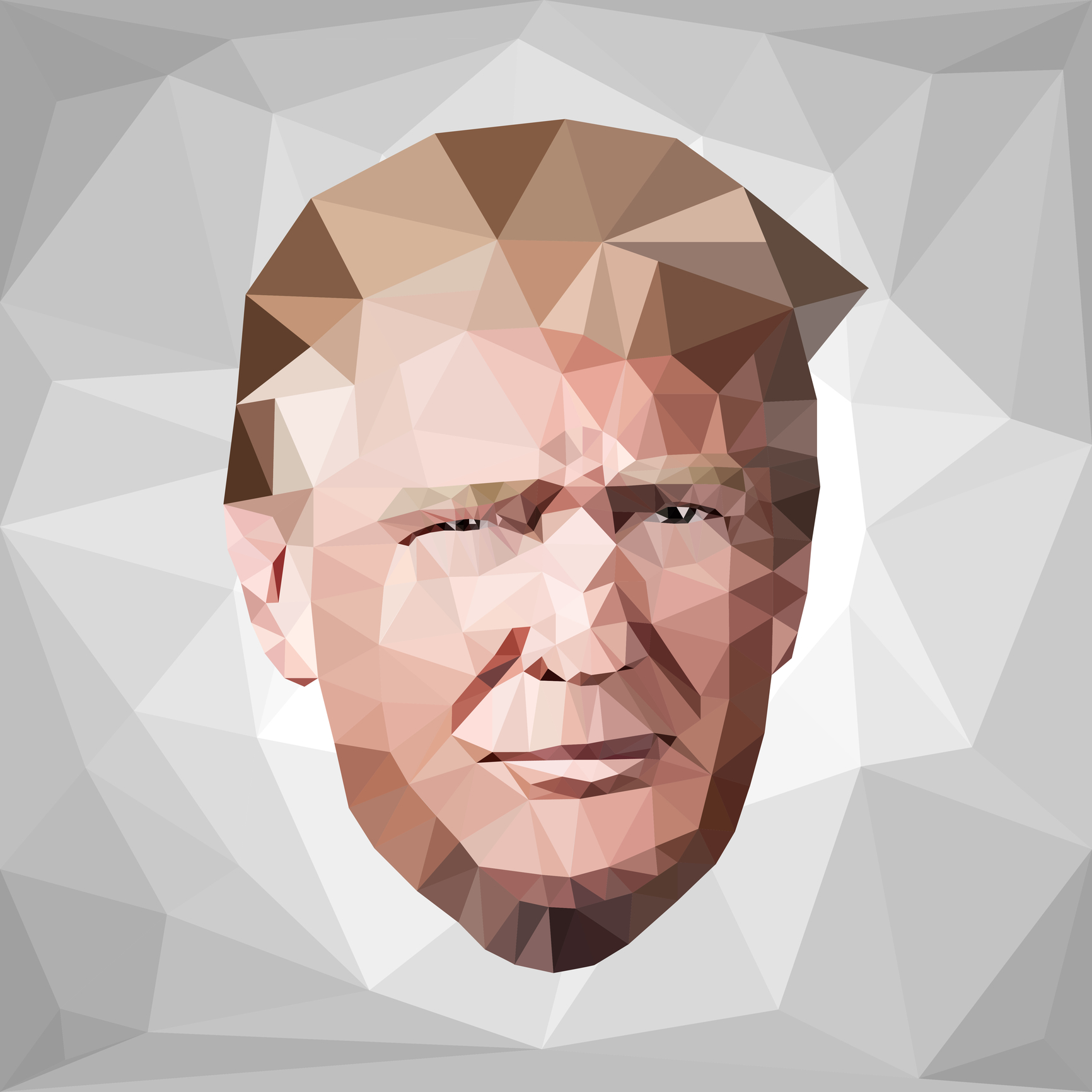 It has suddenly become fashionable to despair. To contribute to a collective sense of hopelessness.

DONALD TRUMP –  REALITY STAR, bankrupt, and all round master of the universe, has been voted in as President elect of the United States. Barring mishap, impeachment or assassination, he will take up office on the 20th of January next year, and that will be that. Resting heart rates will return to normal. History will tell us what sort of job he does. In the meantime, the temptation to buy into the populist gnashing of teeth and pulling of hair that seems to be occurring in the aftermath of the election, particularly on social media platforms, is powerful. It would seem to me, judging by my own feeds, that in the wake of Trump’s ascendence, it has suddenly become fashionable to add one’s voice, or at least one’s blue upturned thumb, to the medley of mourning and melancholy. What we are seeing emerge, as a result, is nothing short of a cult of despair.

Since the election, my twitter and Facebook feeds have been alive with commentary and opinion pieces trying to account for how the ‘unthinkable’ occurred. ‘It was the third-party vote! Gary Johnson and Jill Stein are to blame!’ Others have declared that America simply wasn’t ready for a female president. Then there are the more incendiary explanations, laying blame at the feet of Julian Assange or the FBI or the Russians. On the night of the election, with the result all but assured, a CNN commentator – a man of colour – declared that ’this was a white-lash’ against a black incumbent president. But the prevailing narrative, at least the one I’ve heard and read most often, is that this was a victory for bigots, racists, and misogynists, won largely on the back of that mass of toothless varmints that occupies the sprawling trailer park set out in the middle of America. To accept any one of these is at best, disingenuous, and at worst, reminiscent of the same haughty intellectual elitism that brought Donald Trump to power.

The response to Trump’s victory by the left, the philosophical and political axis that until recently I most identified with, has been nothing short of breathtaking. In fact, one might propound that it has been as shocking as the election result itself. Even as I type, the internet burns white hot with grieving social justice warriors expressing their anguish in all manner of hues. People are filming themselves farewelling the ‘America they knew’ in tearful monologues that they claim are candid but seem infused with stage-craft. Hipsters are shaving their beards. Writers and bloggers are posting opinion pieces entitled ‘We Grieve Today’ and ‘Not My America’. Liberals are writing letters of apology to their children for ‘letting this happen’, while the dozen or so celebrities who promised to leave the United States should Trump win, have become oddly silent. All the while the post-mortem continues.

It has suddenly become fashionable to despair. To contribute to a collective sense of hopelessness. To be disconsolate for the future of the world, the planet, our children, the rights of minority groups, the plight of migrants. The bandwagon is so full that there is nary a free spot to be had. ‘Shove along a bit would you and pass me the loud-hailer.’ Everyone, it would seem, feels the need to show their colours. To unravel their banners and hoist them up the nearest bell tower. What better place to do this than on the internet, and what better way to do it than with a hash tag. #Imwithher, #lovetrumpshate, #notmypresident. Never has there been such an array of hooky, glib, and frankly – empty assertions (all of them queerly prefaced with a pound sign) to chose from. ‘Oh, the agony of choice! Which one shall I use – during these times of trouble – as evidence of my long held, neo-liberal, ultra-progressive, far-left views? Bugger it. I’ll use them all and join them together so that they’re bloody hard to read!’

Trumps victory has been a lighting rod for every progressive with a pet issue to re-package it, add a little good old fashioned pussy grabbing rhetoric, and toss it into the anti-trump milieu on Facebook, only….more emotionally. This type of lit kindling quickly turns to flame, particularly when fanned by regular, well-meaning pundits, more used to consuming content than creating it. Of course love trumps hate! Does anyone believe that it doesn’t?Does anyone actually believe that somewhere in the midwest, perhaps seated in a big ring under a giant camo tarpaulin, a retinue of gun totting, ‘tobacci chewin’ republicans, sit on camp chairs skinning mule deer avowing that hate trumps love? The hurricane of identity politics has just about taken the roof off.

One narrative that you are less likely to see or hear is that this was a result largely of the left’s making. People, not just in the United States, but throughout the West, have grown tired of political correctness. They are fed up with identity politics. They are fed up with the brow-beating and lecturing. They are fed up with being talked down to by the intellectual elites; of being shamed into silence because the views they hold run counter to those that appear to be populist. Here is a theory on why the polls, a black-art at the best of times and one that I’ve never understood, got this election result so wrong. Because in many parts of the country, indeed in parts of the world, to openly express support for Donald Trump in the lead up to the election, was akin to self-immolation.

The left has existed in it’s own echo chamber for so long that it has not noticed how hardened it’s rhetoric has become. You think that your country has the right to secure it’s own borders and wish to express that opinion openly. You’re an isolationist. You have concerns about the rise of islamism, particularly in view of the mess that Europe finds itself in at the moment. You’re a racist. You dare to call out any of the gross failings of the current, two-term Obama administration: the failed health care system, non-existent economic growth, record national debt, and the middle-east ablaze, then where would you like to start? There are any number of labels to choose from.

For any liberal progressive who is seriously interested in understanding why things played out the way they did on November 8th; who is prepared to stop with the hand-ringing and hash tagging and demonstrating, just for a second, and honestly open themselves to the truth of what happened, I would simply say to you – you’ve moved too far to the left.

While you were marching through some leafy college campus in northern California, banging on about rape culture and trigger warnings, trying to establish safe spaces and the enforced use of new gender pronouns, banks were foreclosing on people’s homes. While you were insisting that black lives matter in a way that insinuated that the rest of us didn’t think they did, people were struggling to earn a living wage. While you were flagellating yourselves like penitent monks over your own micro-aggressions and filthy white privilege, and trying to persuade anyone with a similar skin tone and a willingness to listen that they should share your guilt, people who were once able to afford health care were suddenly finding that they no longer could. Rome was burning down around you and you couldn’t even smell the smoke, let alone see the flames.

Were these issues the issues of you’re generation? Was this where you made you’re political stand? Now that the smoke has cleared one can only conclude that they were, and that it was. At some point, in one way or another, the people affected by these less exciting issues – rising income inequality, the increasing cost of health care, a minimum wage so low that it is impossible to live on – issues that had become so quotidian and banal that they were lost amongst the pageantry of left-wing debate, were going to respond in the only way they could. Donald Trump was the only way they could.

Donald Trump is not a politician. That is part of his appeal. He is a symbol; a flaming beacon to which a multitude of political refugees has flocked.The last hope of a fading middle class. A man whose aggregated short comings, piled high and burdensome, were not loathsome enough for millions of Americans to make a different choice.

This for me is the story of the election. That people voted for Donald Trump not because of his views, but in spite of them. That the eery familiarity of what the other side offered was perceived as being so pernicious and ultimately ruinous, that it was better to risk breaking out of a shallow harbour than to rust away at one’s mooring. Donald Trump’s election is the final desperate act of a country in decline. The last-ditch, last-chance, last-resort attempt to pull the nose up before impact.

So to those who are still upset and broken-hearted over the election result, I would offer this small piece of advice. Dry your tears. Enough with the hash-tagging. The mewling has to stop. He won the election fair and square. ‘Oh, but she won the popular vote.’ So change it. Change the system. And while you’re at it you may want to take a look at that whole two-party political thing – it doesn’t seem to be working out for anyone. If you want a democracy, or indeed a social network, in which everyone agrees with you, either move to North Korea or get busy ‘unfriending.’ Neither path leads to a more enhanced world view.