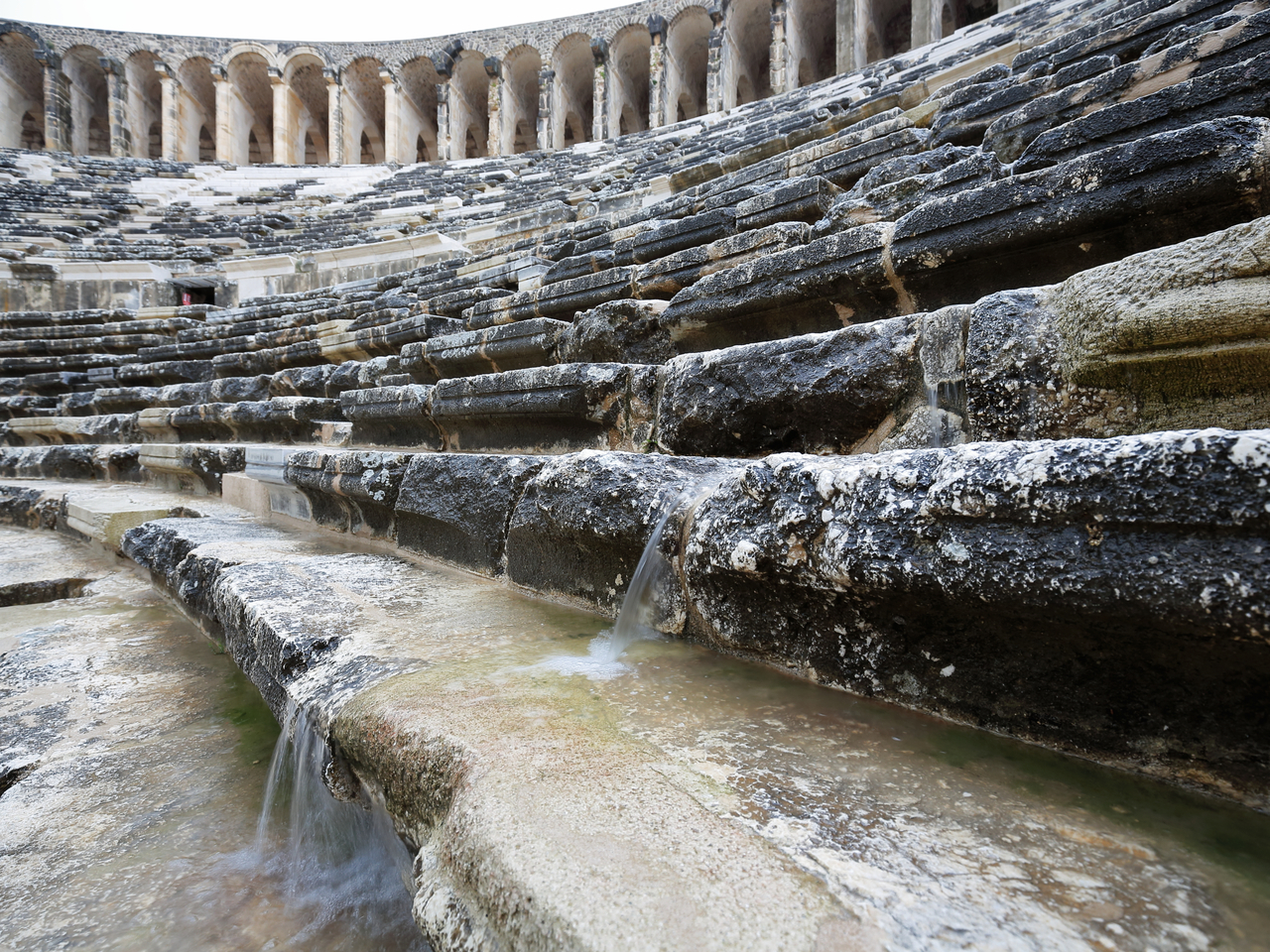 I have only been here two days and already I have lost track of time. Is it Tuesday or is it Wednesday? I guess it doesn’t matter. I drank Ayahuasca for the first time last night and I am here now, in this miserable little hut, sitting in a green garden chair and writing at a desk that feels too high, it’s edge cutting into my chest as I lean in and try to capture my thoughts.

Nothing. I felt nothing. Now that the day has broke and the sun is full and hard, I feel the vaguest sense of disappointment. Perhaps I shouldn’t have expected anything. They warned us not to. ‘The first time might come and go without effect’ they said. The medicine, for that is what they call it here, would take time to work. To build up in our systems.

The day started with yoga in the Maloka; a sweaty jungle session spent grunting and straining and trying to make my body bend in the way it was shown, for I – like the others – am full of moronic élan; doltishly accepting of whatever comes. After yoga we were called to vomitorium. This, we were told, was to prepare for the purging that would come later, and to cleanse our stomachs of those illicit odds and ends that had survived the diet. I am thankful this ritual takes place only once and we are through it.

We lined up in groups of three outside the Shamans hut and drank; first a bowl of warmed water infused with lemon-grass, then bowl after bowl of cold; gulping it down so fast that it spilled down our chins and wet our chests. The two or three who had been here before had taken their t-shirts off prior, so when it came to my turn I followed suit. Anyone who lingered between bowls to belch or burp or suck in air was pounced on in the most uncharitable fashion and urged to drink like freshman at a Frat party. Speed is of the essence. It is the thing that brings vomitorium to it’s fastest end.

Having taken on a month of water, and with my stomach as tumid as a mid-term pregnancy, I heaved off a great volley in the direction we were told to face, down into a pit of green vines and shrubs where our sputum mingled and seeped into the earth as one. I hung over the wooden bench in front of us, cursing and coughing and spitting and hawking, summoning up two more torrents that, when they came, were as impressive as the first.

We were full of encouragement for one another. With the arrival of each voluminous jet-stream, particularly the ones that had been longer in the making, we would put up a great cheer; whooping and shouting like survivors of a ship wreck. By the end we were all great friends and wondered back to the dining hall with our guts gurgling and our arms slung across each others shoulders.

After breakfast (a light affair) we were called again to the Maloka where we met the Shamans for the first time and received instruction on how the ceremony would take place. They are two men and three women, all short, with faces lined and cracked. They are Shipibo; jungle dwellers from the interior. The esoteric keepers of this thing I’m now a part of.

They sat cooing and smiling with their legs crossed facing us, stealing looks at us like shy children brought out from some back room to meet visitors. Julio is their spokesman, a relative of sorts to the older man who looks well used, owing to either jungle life, of which I know nothing, or hard living, of which I know everything. Each time he spoke the whole lot of us sniggered like teenagers. Even the shamans.

The brew was a good one. The temple’s stewards, under whose charge we are, had drunk the night before. Debs (short for Deborah – a chain smoking Zimbabwean who is in charge of this whole operation) rattled off what would be needed: a head torch (fixed on the red light setting – apparently white light is a buzz kill during ceremony), pillow, blanket, and water bottle. Those of us who had Mupacho (a jungle tobacco smoked by the shamans during ceremony) could bring it. For those that didn’t (of which I was one) some would be provided. I am smoking one of my leftovers now.

We arrived at 7.30 like children to a sleepover, all of us hugging pillows and with blankets round our necks. Each was decked out in whatever garb they’d thought to wear. I wore a Shipibo shirt that I’d bought on a whim. It is light and white and bezelled with the face of a Jaguar. The pants, for I was encouraged most vociferously to make a match, are purple and held together by a piece of string. They are configured with snakes that move in concentric circles around the legs and from whose mouths embroided black tongues protrude.

Each of the pasajeros (the odd and somewhat unsettling collective noun to which we are now referred – the spanish word for passengers) has been consigned to a mattress and must stick to it for the duration. They are laid out in a circle, all twenty-three of them, equidistant from the next. At the foot of each mattress are four items that are distinctive only in their lack of relation to each other: a bucket, an ash-tray, a toilet roll, and a bottle of Pasanga, the purpose and composition of which I am still not sure.

The shamans filed in the way a troupe of minstrels might arrive at court after a long journey, nattering and joshing and glad to be getting on with it. Their good humour dispelled some of the nervousness that those of us who had never drunk before had hid. They sat on their mattresses. At once the place was full of smoke, each one lighting a thumb of tobacco that they smoked down to it’s nub and used to light the next one.

They sat and blew great plumes of smoke into the air, fanning their arms through it so that the scattered up-draughts rolled over their heads and down their spines. Tobacco is a sacred a plant in Peru. It is used in ceremony to ‘seal off’ the spirit so that dark energies do not enter (having learned of this fact at our morning briefing I determined to snatch up an extra Mupacho when I took my turn to drink, which I did).

With things laid out in their proper order we were called forth one by one. It took some time to get to me. In the half light of the oil lanterns I’d watched those called up before me alight from their mattresses on tip-toed feet and glide to the room’s centre, where – almost to a person – they had kneeled with what I perceived (perhaps harshly) to be a type of contrived gravitas; genuflecting stiffly and muttering heavenly sayings.

Flanked by Allen (a native Californian who has lived at the temple for a year and whose clear blue eyes display the promise of what might come) and Debs, she a mask of nodding concern, watching perhaps for a sign that I might cut and run, I took the half-filled shot glass from the maestra in front of me and drank.

I had read dispatches that suggested that the taste was abominable. Whilst not  moved to slam the tumbler down and shout ‘barman, poor me another!’, I wouldn’t describe it quite so badly. Ayahuasca at first try landed somewhere between odd and unpleasant, the way a sommelier might describe boxed wine after years of tasting Grange. It was salty and woody and tasted strangely like vegemite, though none of the other Australians, of which there are 8, reported a similar familiarity.

When the last of the pasajeros had taken their dose the lanterns were removed. There followed the sounds of the group settling; muffled coughs, an un-checked yawn, a water bottle knocked over in the dark. I lay back and waited, looking for those preternatural signs that might testify to the beginning of something amazing.

After a while one of the shamans started up with a whispered song from the centre of the circle, which was followed by another, then another, each song different, each beginning without cue, until all 5 of them were fixedly underway. Though I could divine no harmony amongst them, no shared tunefulness, the songs – icaros – seemed to share a certain unity; an amicable blending if you will, the way a cocktail consisting of the most discordant ingredients manages to taste good.

At once the dirge was over and in the dark all 5 of them shifted from their mattress and took up randomly in front of one pasajero or another. In the corrupted glow of the jungle I discerned a shaman land one or two away from me.

Whilst it was ok to lie prostrate when the shaman were engaged elsewhere, we’d been instructed that the proper thing to do was to rise up and face them when they came. Elena, the one who had poured, was the first to arrive.

It is an odd thing to sit before a shaman for the first time. To be the object of their magic. To taste their breath as they unpack their song there in front of you. It felt like one of us was stripping down to their underwear, gradually bared and made translucent, though I don’t know which one.

The song, like the experience, seemed remarkable. As idiosyncratic as bending one’s back to kiss the stone at Blarney Castle. But I can not lay claim to anything more than this. Unique, yes, other-worldly, no. If there was magic at play it failed to find me.

Each one of them came and went; faceless couriers dropping off packages that felt like they were never meant for me. I slept through one of the visitations, roused only by the remembrance of a far-off effort come to a sudden stop. Like an alarm that only wakes you once it has stopped.

I don’t know what I was looking for. What I imagined an hallucination to be. I had hoped for Dali paintings full of melted clocks and the fourth dimension, but all I seemed to get was above average story telling material.

Tonight we will take a stronger dose. I am hoping I feel it this time. Feel the slow creep of whatever lays on the other side. Have it infuse me so thoroughly that I am like the worm in it’s Tequila bottle. I am no death nut. I am just as fearful of unravelling as the next man. But it’s something I must do. That I must feel.

The animals and birds are in full dissent now, scattered as they are outside my hut. They screech as if they were in competition with each other. In the distance I hear rifle shots; local hunters knocking monkeys out of trees. Occasionally the rounds group together and come one after another, and you think you are at war.